It’s that time of year again – the pinnacle of the high school football season, where champions hoist their trophies up to screaming fans, and the defeated collapse on the field with crushed hopes. Emotions and tensions run high, and the kids on the field play their hearts out for one last game.

Surrounded by so much energy, I’ve always enjoyed shooting these big games. They’re a rush – the adrenaline kicks in a little more, and I push myself a little harder to find and make telling photos. Four of the six state championships this year were held in town, and I shot three of them. Two of the games featured teams we cover pretty regularly throughout the season.

Both of those games, the 3A and 4A titles, were close until the end. The local teams, Blackfoot and Snake River, won, therefore I shot a lot more jube than dejection. After a late night with some crazy fast editing necessary to make deadline, the football season came to a close.

Well, almost. I shot ISU’s last home game the following day. I’ll post some of those next. 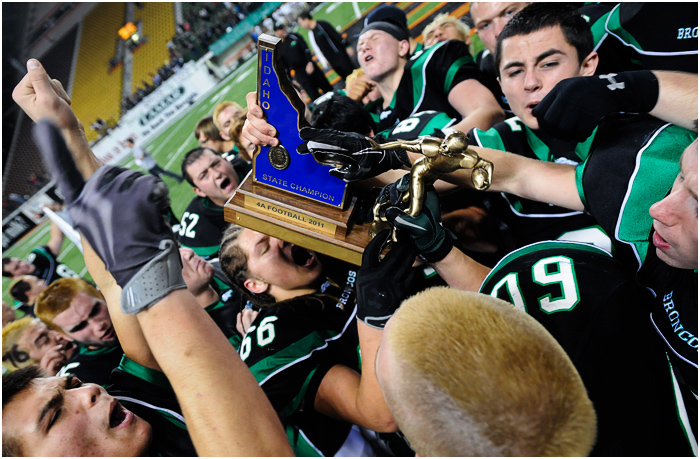 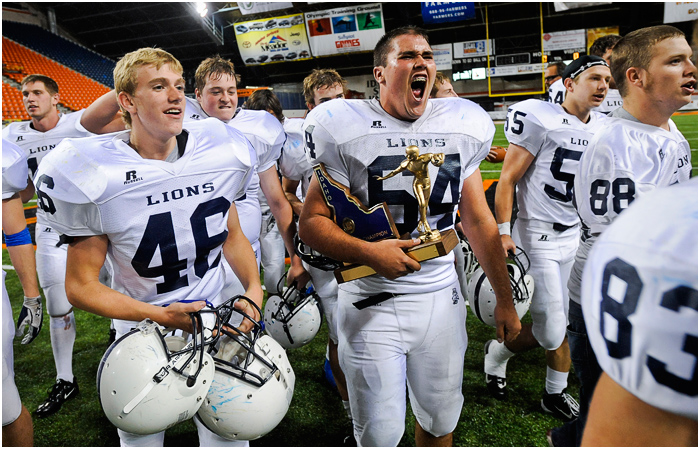 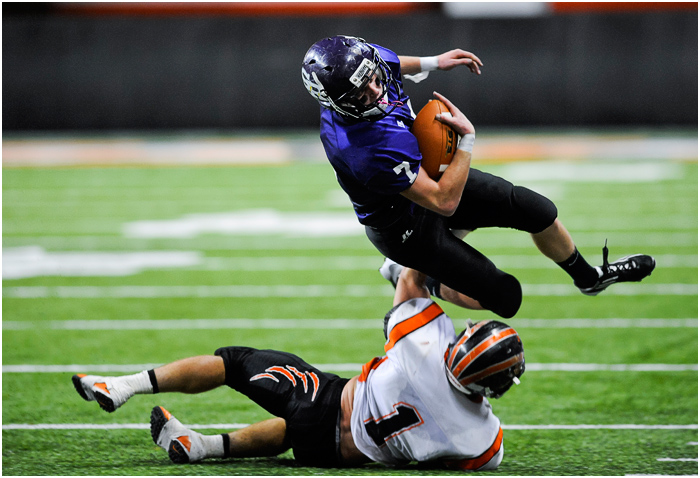 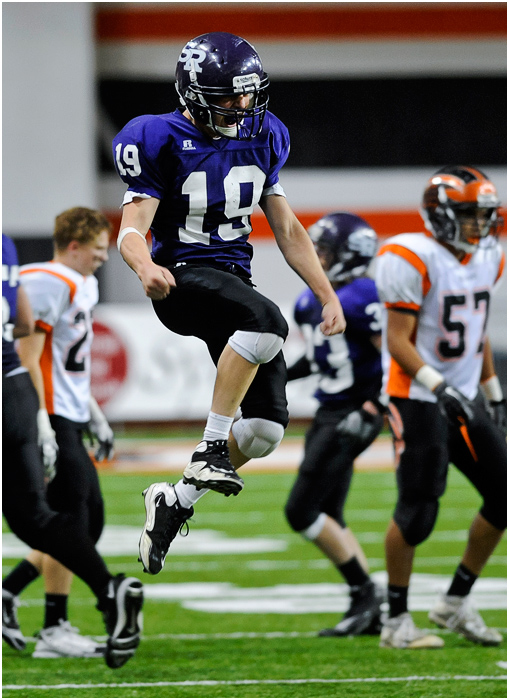