I spent some time recently with a little guy named Adler. I first met he and his family for a story a reporter at The Bulletin had been working on about kids using technology to better communicate. Adler, a nine-year-old, was born with a combination of symptoms and conditions, including cerebral palsy, speech apraxia, and a sensory integration disorder. He can only speak a few words, though he understands some language. The mix of symptoms make Adler’s condition unique and difficult to understand – some of the characteristics and nuances he displays lead people to think he’s autistic, though he isn’t. Few of Adler’s disabilities are visible and he appears to be a fairly typical kid from the outside. Some of his actions can be puzzling and his parents and others can only guess the reasoning behind them – for instance, he’s really drawn to reflections and will stare at the sun when there’s opportunity.

Adler recently started using an iPad to help with making choices and communication. According to his parents, an app with pictures of food has drastically simplified meals. No one knows exactly how much he understands, but his parents hope using the iPad will help Adler continue to learn and improve.

I was really struck by Adler when I met him and curious about what life is like for him. His parents were gracious and open about letting me venture into and document their lives for a day or so. I went with him to school, to a therapy session, and spent some time at their home. I tried to find moments that would tell something about Adler’s story and situation. 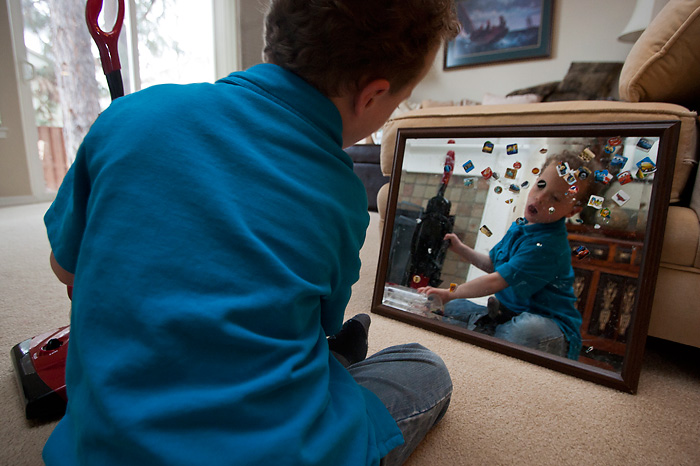 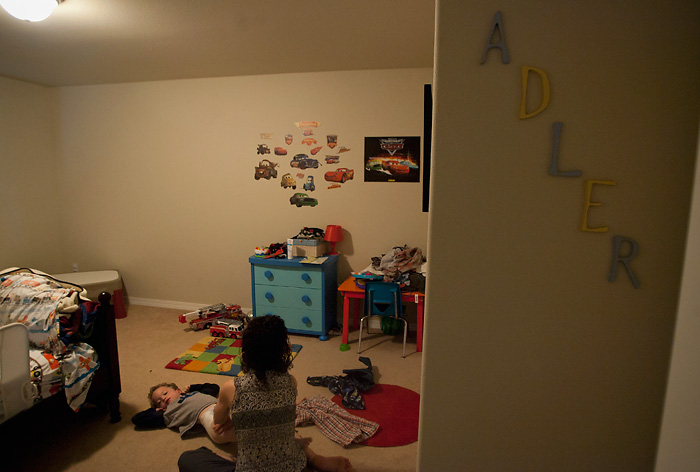 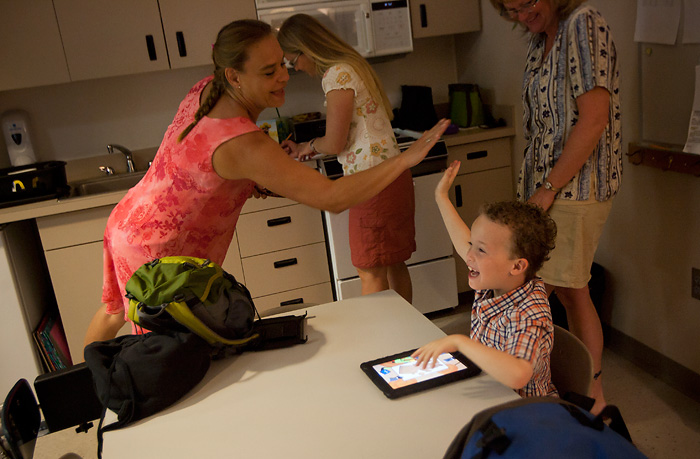 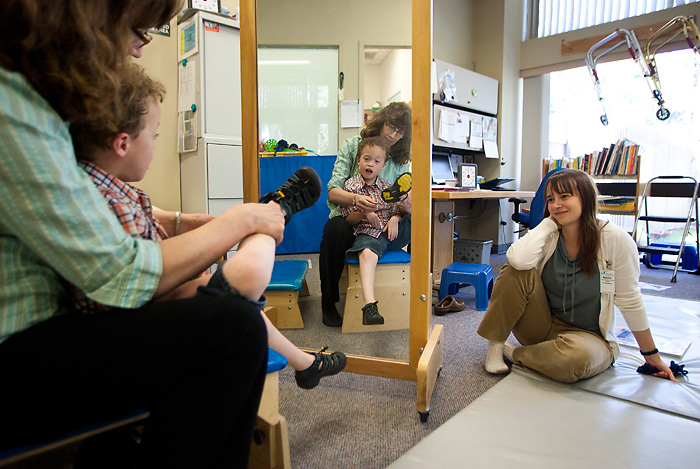 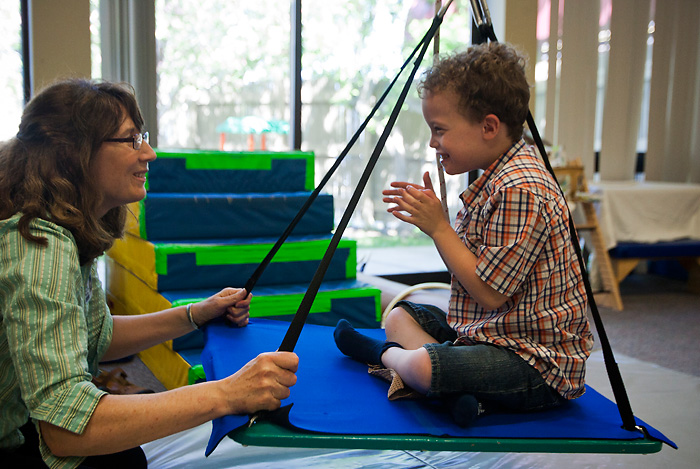 One thought on “Adler”